Normally I refrain to talk about Apple II because it was not a computer for the "masses" as we will see. Anyway, Apple II is a very good example of the duo Steve Wozniak & Steve Jobs.

Steve Wozniak designed the Apple ][ and give Apple fuel to "Think different" and then produce the Steve Job's Macintosh.

Apple ][ is the humble system which you need to sell, to do great things.

So let's summarize why Apple ][ is damn important. 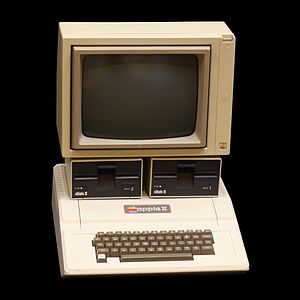 The Apple ][ is an 8-bit home computer and one of the world's first highly successful mass-produced microcomputer products, designed primarily by Steve Wozniak (Steve Jobs oversaw the development of the Apple II's foam-molded plastic case).